A few names to think about for Ridley job 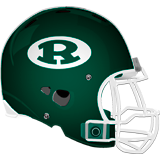 As reported in the Daily Times last week, Ridley football coach Dennis Decker will step down from his position Jan. 4.

Ridley School District will begin an exhaustive search for Decker’s successor in January. It’s too soon to call anyone a frontrunner, but it’s impossible to ignore the obvious candidates.

Academy Park coach Jason Vosheski is a Ridley grad who led the Knights to three Del Val League titles in four years and, more impressively, two District One Class AAA crowns in three seasons. His name has been linked to the job for years now. Though a favorite in the Ridley community, it’s tough to envision Vosheski leaving a good situation at Academy Park, where he recently was named athletic director.