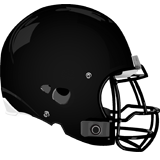 Dennis Lux has been a part of the Interboro community for as long as he can remember. Growing up within walking distance of the high school and South Avenue Athletic Complex can do that.

So when Lux was given a chance to apply for the Bucs’ head football coaching job, there was never a doubt that he was going to do everything he could to make that dream a reality.

Lux was named the head coach of the Bucs, the school’s athletic department announced Friday. The move is pending board approval.

“I always wanted to be a Buc, got to play quarterback there,” Lux said by phone. “The community means so much to me. I want to give back to them because they’ve given me so much, given me the opportunity to be where I’m at today.”

Lux graduated from Interboro in 2005. He also played baseball and basketball for the Bucs, and capped his career on the gridiron with a 33-0 Thanksgiving Day mauling of rival Ridley. He is a contemporary of Sean Wasson, the 2004 Daily Times Football Player of the Year, who will serve as defensive coordinator.