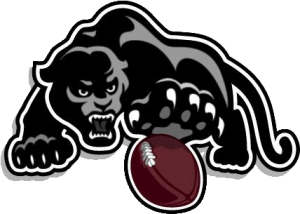 As we at Havenfootball.net approach the 2015 high school football season we are pleased to announce that we have achieved 500,000 hits since our inception in 2002!

“When we started this web site in 2002”, Webmaster and founder Mike Mayer said, “never in a million years did I expect it to become what it has become.  A half a million hits for a small high school in suburban Philadelphia is a number I would have never imagined.”

The web site started when Mayer realized he could publish game statistics from the Daily Times on line for people outside of the Delaware Valley to see.  Mayer thought it was a great way for family to share their son’s achievements on the gridiron.  Soon Mayer found a software program that allowed all sorts of interesting stats but he needed help on the sidelines so he enlisted friends Pete Fulginiti and Paul Hisey to help spot from the sidelines.

As the Panthers became less dominant the constant radio broadcast of games began to stop with fewer and fewer games being broadcast.  Mayer learned about Internet broadcasting and in 2006 Brian Carroll was brought in to be the play-by-play announcer for the new Internet broadcast group of Havenfootball.net.

Since then Havenfootball.net has broadcast every single Strath Haven football game, both home and away, as well as playoff games for other schools including seven appearances in Hershey to broadcast the PIAA Championship Football series.

“Our purpose from day one” Mayer stated, “was to make the football experience as good as it could be for the student athlete, family and fans.  For many athletes, band members and cheerleaders this would be the apex of their student activity life and we wanted to make it as fun and special as possible. We think we’ve managed to do just that!”

“This year we are offering an FM radio element to our LIVE game broadcast.  Anyone in George L. King Field who has an FM radio will be able to listen to our broadcast in real time.” Mayer proudly reported.  “Parents have often commented that would love to hear our play-by-play at the game and now they can!”

Mayer said, “It’s been a great ride and we look forward to many more years of promoting Strath Haven football, the students and the school!”