It’s time for PIAA to give private, charter schools their own tournaments 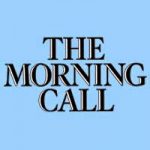 It’s hard these days to find things almost everyone can agree on, but this should be one: It’s idiotic to make Pennsylvania public and private high schools compete in the same tournaments. That’s because private schools can recruit college prospects from all over and the public schools are stuck with students in their district boundaries. The disparity is particularly obvious in football and basketball.

Year after year, it’s the same story for District 11’s best Class 6A football team. They look great until they have to play District 12 representative St. Joseph’s Prep, which looks like a Rose Bowl team. This year it was Bethlehem’s Freedom getting dismantled, 42-14.

It’s happening all over the state, but the PIAA insists that it can’t conduct separate tournaments for private and public schools. That’s because of our wonderful state Legislature’s Act 219, amended in 1972 to include this deceptively short but incredibly momentous passage:

“Private schools shall be permitted if otherwise qualified to be members of the Pennsylvania Interscholastic Athletic Association.”