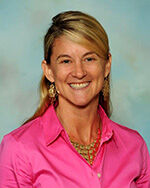 There is a chance that some high school Fall Sports could be played while others might not be played, according to PIAA Associate Executive Director Melissa Mertz.

Mertz, during an interview with the program Smart Talk on WITF Radio out of Harrisburg Monday, said, in an answer to a listener’s question, that there is a possibility that some Fall Sports could move forward while others may not. Mertz, however, also said it was the PIAA’s goal to play all Fall Sports in the Fall.

“That (playing some sports and not others) is something we have taken into consideration and if we get to that point that we are prepared to do and we’re prepared to handle,” Mertz said on the program, hosted by Scott LaMar. “I would tell you that, ultimately, we would love to see all Fall Sports going here Aug. 24 or Sept. 4, whatever the date may be for that school. But if the direction we receive further down the road from the governor or if there is more emphasis on hey we need to put football on hold and possibly put football in the spring or field hockey, soccer, we will start with cross country, tennis, and golf for the fall, then we will do that. Our approach is, we are going to do everything we can to get seasons in for every sport.”

Mertz also told LaMar that there is the possibility that sports may go forward in some counties with fewer cases while not being played in counties with a higher number of cases.