Posted on September 12, 2016 in Contributor, Havenfootball.net. 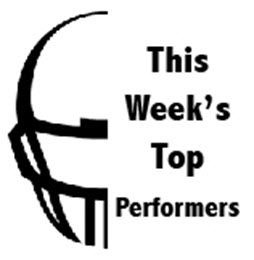 If you’re  a kicker of extra points it’s always a good idea to find yourself on a team that is scoring lots of touchdowns.  It’s tough to put a lot of extra points on the board if your team isn’t doing much scoring.

Fortunately for Haven’s freshman kicker Emmet Young, the Panther offense has scored 121 points these last three weeks and Young has accounted for a remarkable 19 of them (16 XP’s and 3 points for a FG). Only Zach Newlon has more points (48) but he scores them six-at-a-time while Young does it mostly one point at a time.

Young has been perfect this year (he did suffer a blocked XP attempt last week against Lower Merion but a blocked XP is not counted against the kicker) including his one and only attempt at a field goal (a 27 yard kick against Harriton).  Quite a remarkable feat for anyone, let alone a freshman playing in his first year of high school football.

Young’s efforts last week earned him a mention in EasternPAfootball.com this week for the second week in a row.

Young also is the kicker for kick-offs and his performance in that area has been consistently strong.  Young has all ready kicked off 21 times for over 1,000 yards with one touchback and averages a very strong 47.8 yards per kick-off.

The Panthers (2-1) take on an always tough Ridley (3-0) this Friday night and we sure hope Young gets lots of chances to show his kicking abilities!