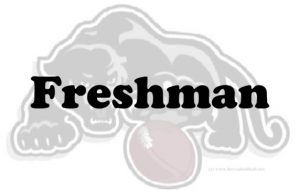 James Fisher had two great runs for touchdowns and Shane Green scored his first touchdown of the season,  along with the two point conversion. The freshman team is now 3-2 on the season.

Our next game is at home against Penncrest on October 20th at 3:45.