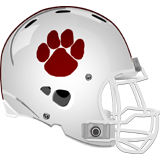 One by one the old guard of Delaware County high school football coaches is moving on.

Mike Ricci, the second-winningest football boss in county history, confirmed Friday that the 2021 season will be his last as head coach at Garnet Valley.

“I think 38 years is a pretty good run,” Ricci said when reached by phone.

Ricci said the timing was right to move on to the next chapter in his life.